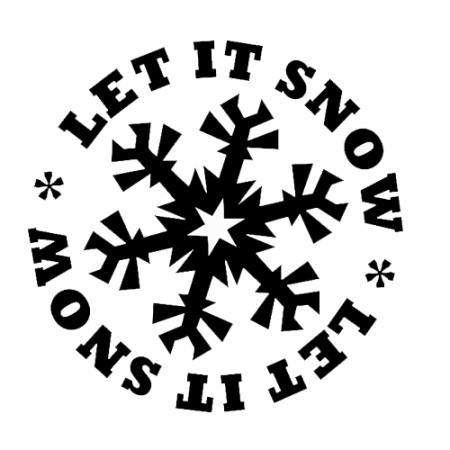 Snow is falling, sno-cats are crawling, the slopes are calling. The slow leak of adrenaline into your veins is speeding up now that the leaves and temperatures have dropped. If you are thinking about new skis for the 2017 season, then this post, and a few more coming after this, just might help you think through the question “What’s the right ski for me?”

This past February I an opportunity to try skis coming into the market for the 2017 season. Here, and in coming posts, I will run through some of my findings after taking them out on the hill. In this post I give you my thoughts on what I labelled the “80 Millimeter Challenge.”

For this challenge, I skied four different brand skis, all which are found at Avie’s Ski/Sport. Each ski had an 80 mm waist, and was 180 cm in length. Design standards for each pair was roughly equal. The challengers were: Blizzard Quattro 8.0 Ti, Fischer Pro MTN 80 Ti, Nordica GT 80 Ti, and Volkl RTM 81. All are “system skis” except the Fischer Pro MTN 80 Ti, which is a “flat ski.”

A first, and major finding, was that there was no such thing as a “bad ski.” All of them handled great on the slopes. Each tipped easily into turns and then easily released. All gripped phenomenally well through turns, even on the crusty, icy, crappy conditions we had to contend with last season. Each brand ski was a lot of fun, and any one of them would be  worthy of being my “go to ski” in an 80 mm waist size.

My favorite however, was the Fischer Pro MTN 80 Ti. To me it seemed the most “fun” and had the most “pop” in and out of turns. It just felt a bit more lively underfoot than any of the other three. This likely was an artifact of being a “flat ski” set up.

The Blizzard Quattro 8.0 Ti was an awesome ski in all respects. While it may not have had the extra “pop” that I felt the Fischer Pro MTN 80 Ti had, the Quattro seemed to have a bit more holding power in tight turns. I really liked these skis a lot.

I have a bias for Volkl skis, mainly because I had loved the older AC 50 and now the more recent RTM 84. Because of my bias It was surprising that the Volkl RTM 81 didn’t pop in as my favorite. While they were great skis, they didn’t seem as lively as the Fischer Pro MTN and not as “grippy” in the turns as the Blizzard Quattro.

The Nordica GT 80 Ti did everything as expected. But for me, they just didn’t have the right feel. That’s the only way I can describe the results. That doesn’t mean that I didn’t like them, which I did. Just not so much as the others.

I tried all the skis again the following day in a random fashion, to ensure I’d given each a fair shake. All my original thoughts held, except that maybe I liked the Blizzard Quattro’s even more when I skied them again.

Bottom line? There really wasn’t a bad ski in the bunch. Really. I just happened to like the Fischer and Blizzard a bit better than the others, and for very minor reasons. They all skied well, turned well, and held well in the turns. The Fischer and the Blizzard skis just seemed a better fit for me. And while I said I like the Fischer Pro MTN the most, if I had to pick one to bring home with me I would have a hard time choosing because I liked the Blizzard Quattro a lot, especially the way they felt in the turns at higher speeds.

While I didn’t test every ski I tried over the course of the 3-day event in this sort of thoughtful grouping, I did ski same brand and model in differing widths and lengths, and I did ski similar models across brands. In doing so, I can say the trends noted above for the 80 mm waisted skis generally holds for other similar groupings you could make. There really weren’t any “bad” skis, just ones I liked a bit more or less than others based on small differences. In some cases, I really couldn’t distinguish any meaningful difference. Yeah, sometimes they were just that similar.

So where does this leave you if you are looking for a new pair of skis? It leaves you in a pretty sweet place because you can make a choice knowing that it’s almost assured it won’t be a bad one.

Maybe you like the graphics on a particular brand or like the bindings a bit better. Or maybe you just like the color. If you really love and are proud of the skis your boots are clicked into, you are going to ski stronger and better simply because you feel like they make you ski stronger and better. And who can complain about that outcome?

I suggest you do your homework. Read the reviews online and in the ski magazines. Talk to the sales people in the shop. Be sure to ask if they have actually skied the skis that interest you, and that they’re not just rephrasing what you already read in the reviews. Are they telling you how the ski performs? Or are they simply stating their preferences? Ask them why they like that ski over another similar ski. If they can’t give you a good answer, find another salesperson who can.

Do your homework. Ask lots of questions. If it’s possible, take a pair out for a spin on the slopes to find out first hand how they behave. Then make a choice. Smile brightly about your choice. Then go take them for a spin so the smile becomes a permanent feature. No matter what you pick, it’s likely a winner.

I hope this helped. Be sure to check back again for posts about particular brands. Better yet, subscribe to Avie’s Ski / Sport Blog so won’t miss anything, whether it be new gear arrivals or a live update on conditions up north. You may also want to check out earlier posts on Armada skis, and our posts on “system” and “flat” ski systems.