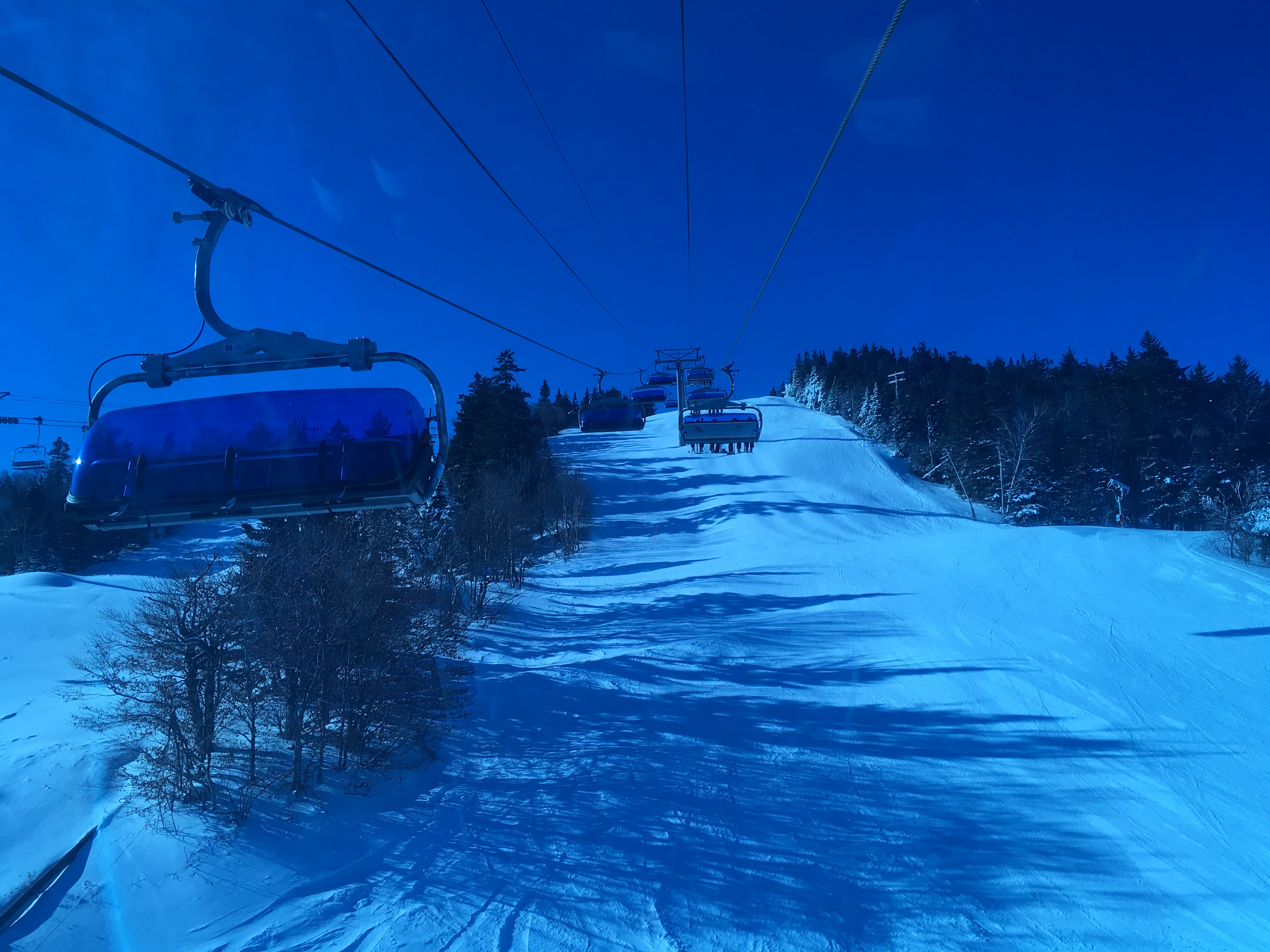 Clouds are scudding into Vermont from upstate New York. Pretty, fluffy, white flakes are trickling down from them. By the time dawn approaches tomorrow there will be another 8 to 10-inches of fluffy white powder gracing ski slopes in Vermont.

Add this to the several inches of snow received over the weekend, and things are looking pretty sweet in the mountains to our north. Such a nice recovery from the nasty rain only a week ago.

All this means some pretty good conditions at Mount Snow in Vermont. And that’s where the Avie’s Ski / Sports trip is heading this Sunday, February 3rd. You could have the view in the image above, taken on the Bluebird Express to the summit at Mount Snow.

Sure, it’s Super Bowl Sunday. And yes, the Patriots are playing. The lure to be there in front of the TV watching Tom Brady and the rest of that fabulous team work their magic is strong.

Game time isn’t until 6:30PM. The Avie’s Ski / Sport bus will leave Mount Snow at 4:30PM. Almost sure to be back to Westerly by 8:00PM. Still plenty of game time left to go. Most if not all of the second half of the game will await your viewing pleasure. If you are one of the skiers or riders being dropped off in Waterford, you certainly will catch the second half of the game.

Be realistic. The Patriots have a history of having these big events turn into nail-biters decided in the final moments of the game. Maybe even in overtime. My playbook says this:

Why waste your entire Super Bowl Sunday sitting around doing nothing WAITING for the game to start?

Go skiing and riding. Get yourself to Mount Snow on the Avie’s Ski / Sports bus trip and make your Super Bowl Sunday a fun-filled, action packed, back-to-back thrills day.

I have had the pleasure of being on several Avie’s Ski / Sports bus trips to Mount Snow on Super Bowl Sunday in the past. And here is what happens:

Get signed up for this incredible trip to Mount Snow by end of the day this Thursday. $99.95 is a great price for a great day of skiing and riding. Followed by an evening watching the New England Patriots vie for yet another Super Bowl title.

Hope to see you Sunday morning for the trip north.