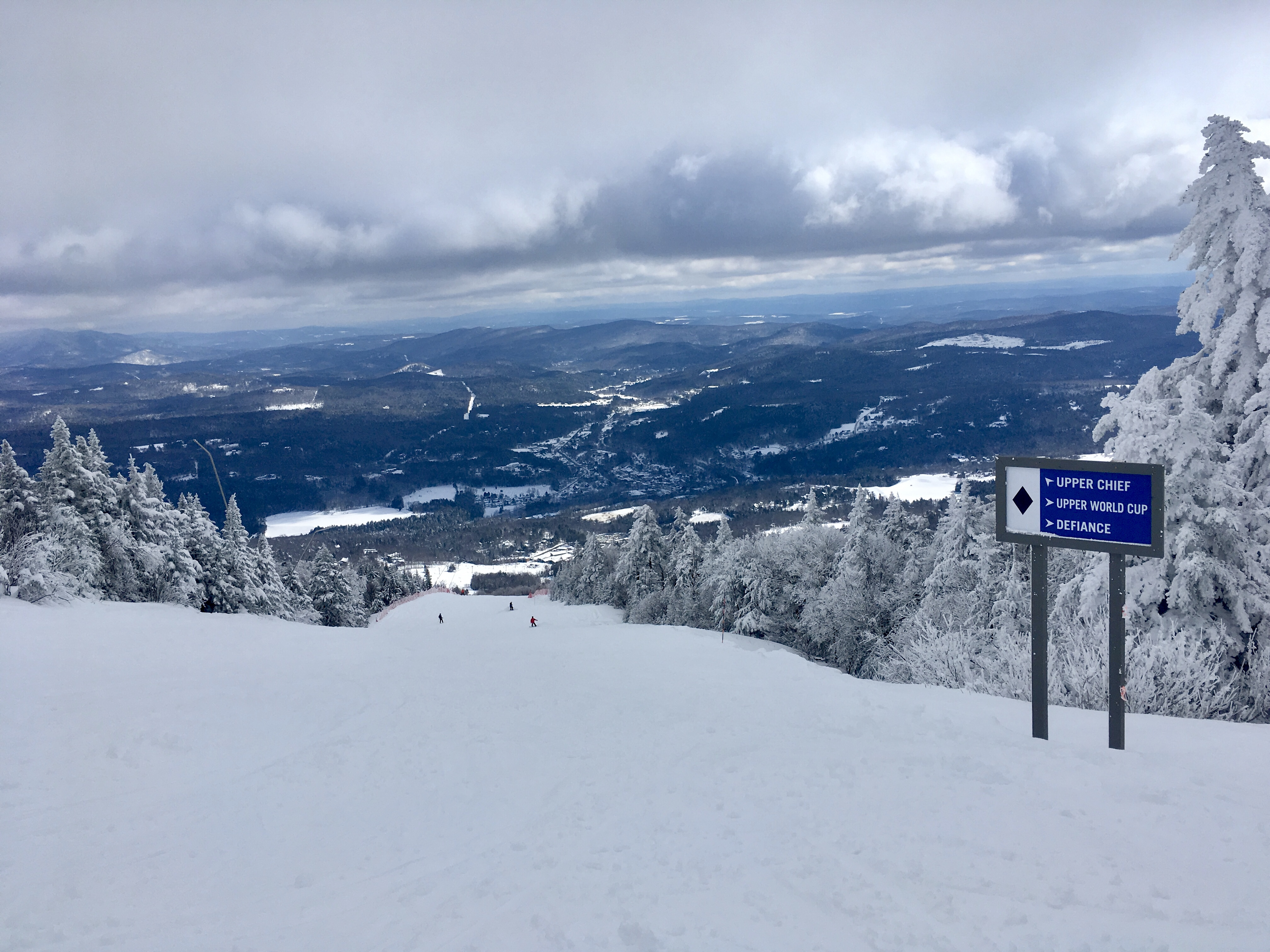 Today I had the pleasure of popping into Okemo and spending the morning cruising the mountain slopes. Like Killington the day prior, the newly fallen snow was plentiful, though Okemo had smoothed out many trails into delectable corduroy. They did leave quite a few trails ungroomed, so there was a nice diversity of snow across the mountain.

My legs were still a bit sore from the day before, and it took a few runs in Jackson Gore to work out the kinks. Most of the trails in the Solitude area were ungroomed, and so not very busy. I stayed there for a bit, then wandered back to the main mountain, ending my day with a quad crushing run down Chief.

There is abundant snow on all the trails, and if forecasts are on target then it will mostly stay there as temperatures warm a bit by day, then tumble again by night, preserving the snowpack. There are rumors afoot of another “dump” early in the coming week; let’s hope it’s true.

Regardless, conditions are incredible right now. Most of the ungroomed trails will eventually get groomed over the coming few days to preserve and enhance conditions, so if you want the lumps and bumps, get out there soon. And if you like the groomers, get out there! Now!

And to help you get there, you can hop on the bus from Avie’s this Sunday the 11th of March. The bus heads to Stratton for what I am sure will be a great day of playing in some very, very, tasty snow. Seats still available, but dwindling rapidly.

However you can get there, get there. And enjoy some of the seasons most endearing conditions. 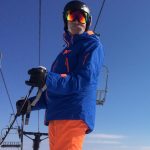 I had the pleasure of stopping at Okemo for a day of skiing yesterday. I thought I would pass along an update on how things are looking and what snow conditions are like.

As you might expect, the massive rainfall late last week resulted in the loss of a lot of snow. Yes, there are patches of glacier ice here and there on the downslope edges of some trails. And yes, some trails were closed because the cover was too thin.

That said, the trails that were open (85 of them) all had pretty good coverage, especially along the edge where the snow guns were located. A few trails were like crushed ice cubes, but they offer their own kind of fun as long as every trail isn’t that way. And they weren’t.

Bottom line? While a step backwards was taken due to the rain, Okemo retaliated quickly and surely to make things skiable.The 6 or so inches they are expecting today will of course make things that much better. And things look to be staying cold, with the potential for another snowfall early next week.

Of course, one of the nicest things about being at Okemo on a weekday was that there were no crowds competing for the snow. I made run after run after run, until about 10:30 AM, when I finally shared a chair of the heated 6-pack bubble lift to the top. While I didn’t lay down first tracks on any trail, I was second or third on many of them.

My point here is, to be clear, Avie’s has a bus trip scheduled for Okemo on Wednesday the 24th of January. I very strongly suggest you be on that bus. Okemo is a great mountain with a good diversity of trails. If you want the opportunity to ski and ride that diversity without waiting in long lift lines, then constantly dodging an endless procession of people while sliding back down the hill, a Wednesday is a prime day for such a feat.

Join me on the 24th as we head to Okemo for a day of skiing and riding on the less crowded side. Conditions are good, and will be one heck of a lot better after this storm rolls through, and even better still if another happens before our visit. And if not, you know Okemo—known for it’s snowmaking and grooming—will be blasting snow all over the mountain between now and then.

So stop by Avie’s and get your name on the trip list. And do it soon. You don’t want to miss out on a great weekday on the mountain. Weekend trips are fun, but weekday trips are, well, a lot more fun!

See you next Wednesday. 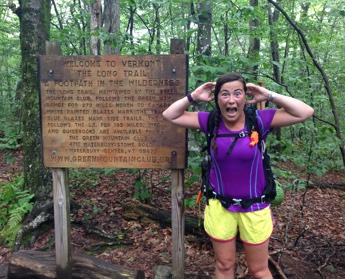 Ted thinks I’m nuts, though I’m not so sure he’s right.

I start thinking about skiing in July, and I readily admit to that. And the fever builds over the long months of heat and humidity, though that doesn’t wilt my resolve that snow will come.

But then comes August, and things get worse. END_OF_DOCUMENT_TOKEN_TO_BE_REPLACED 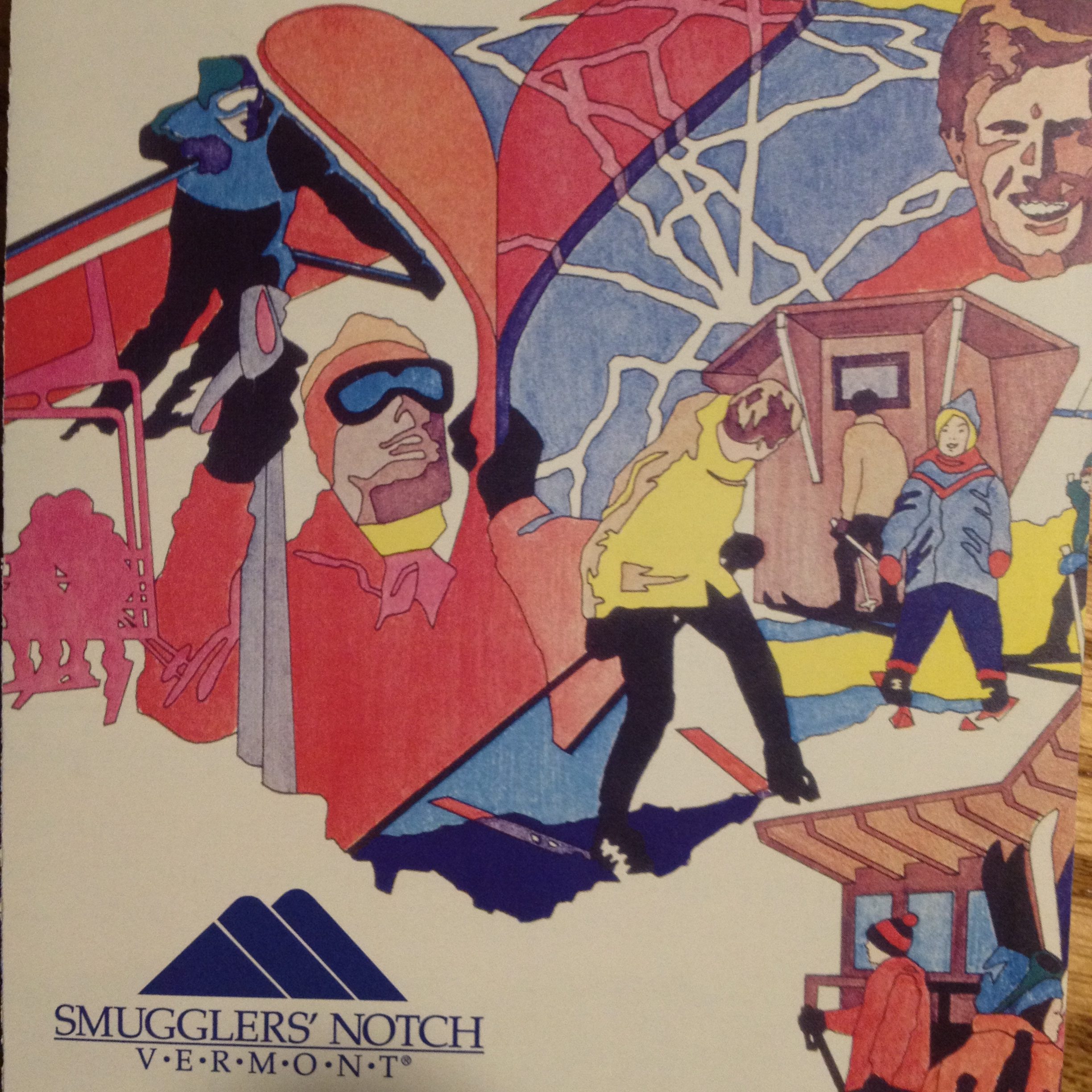 Spent Monday on the slopes at Smuggler’s Notch in upper Vermont. This was my first time on this mountain, though likely not my last. The view from the top of Madonna Mountain is worth the drive. The skiing is too.

Yes, the lifts are fixed-grip doubles that take their time getting to the top. But since there were no lines at the lifts it wasn’t a nuisance or a bother. And it was a sunny, windless day in the low to mid-30s so it really was a pleasant ride back to the top.  END_OF_DOCUMENT_TOKEN_TO_BE_REPLACED