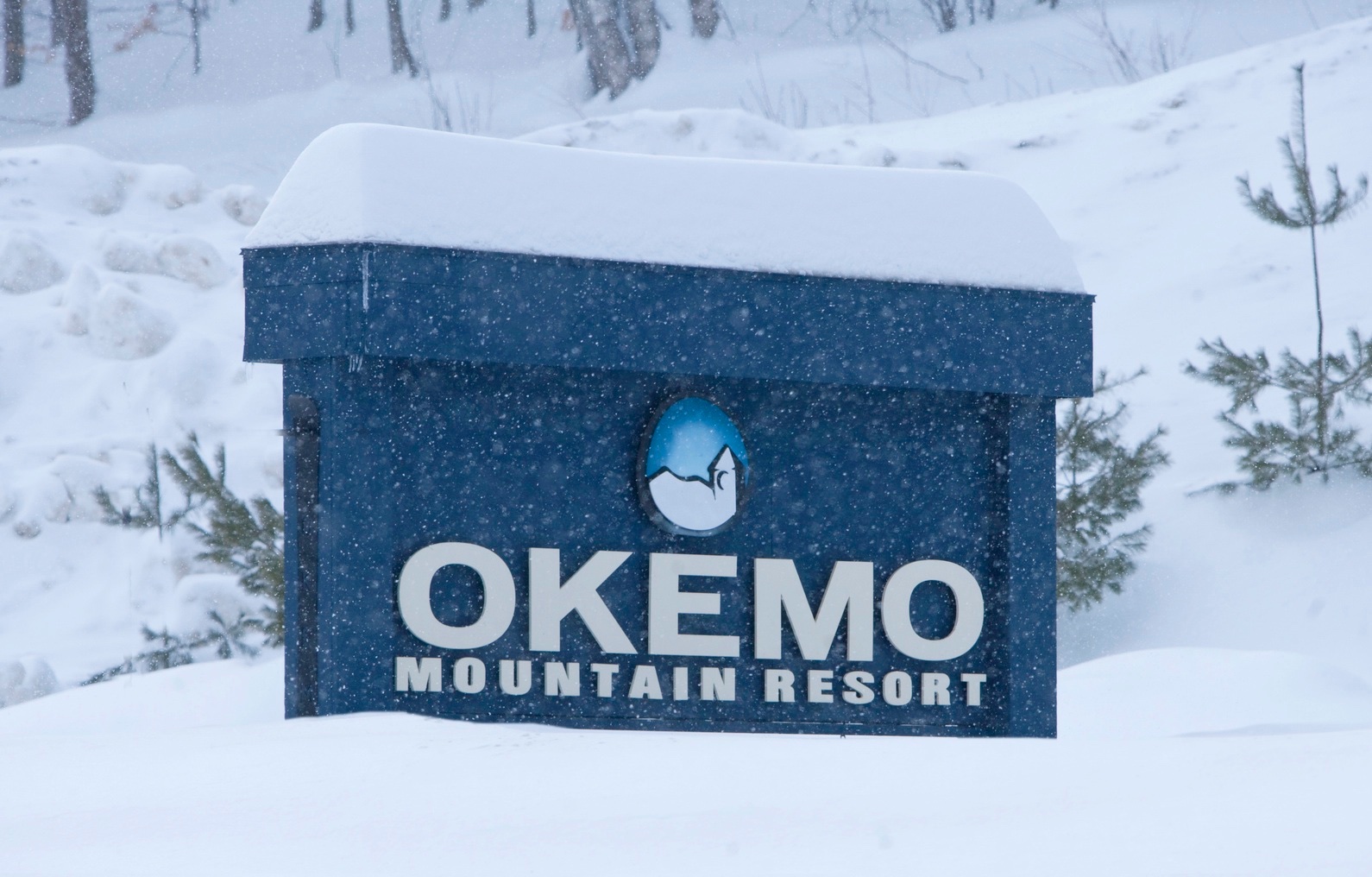 I managed to get up to Okemo Thursday the 25th. I thought I would share with you what I found, which may be handy if you have been “fence-sitting” about the Avie’s bus trip to Stratton this coming Sunday, the 28th.

I have to admit I didn’t have real high expectations after being up there last week after the major rainfall they got whomped with, and then a lesser rainfall event on Tuesday of this week.

No Matter the Rain

I have to admit I was more than pleasantly surprised. If I had the money to buy the entire Okemo Mountain Ops Team a beer for excellent work, I would because they deserve it. Okemo wasn’t 100% open, but they did have 87 trails open, which is closing on 90%, maybe more. And what was open was good to great.

The snow was firm and fast on most all trails. I was skiing a pair of Blizzard Quattro race skis, so conditions were about the best you could ask for that pair of Greyhounds. Grooming was impeccable all over the resort, with fresh man-made snow gracing many of the blues and greens.

While steeper pitches were firm and fast top-to-bottom, many of the milder trails had a dusting of fresh snow, generally piled up on the side where the wind was blowing towards. This provided some really nice, soft, and in some places “floaty” snow. A young lady I road the lift with described it as “wearing a silk evening gown.” I’ll have to take her word for that! But I think she agreed that it was pretty sweet stuff to ski through.

I didn’t go over to Jackson Gore since they were blowing snow on several trails, and I didn’t feel like  messing around in the snow guns. I presume it would be much like the rest of the mountain—good to great.

It was cold and it was windy. But it was sunny and beautiful. Because the conditions on most of the steeper trails were such an awesome match for the Blizzard Quattro skis, it turned out to be one of the best days I have had on the slopes in a number of years.

So, if you have been “fence-sitting” regarding the trip to Stratton this Sunday, hop off onto the side that says “go skiing.” It will be cold again Friday, so snow-making will continue at “full tilt boogie” rates. Then the temperature goes up a bit, with Sunday being in the high 30’s. So instead of firm-and-fast you get “Hero Snow” to play in. Hmmm, that stuff can be kinda fun!!

No, I won’t be bringing the Blizzard Quattro skis to Stratton on Sunday. But I do hope to see you on the bus. Then you can find out what skis I brought, because I’m not going to tell.

As a warning however, the bus this Sunday is a “mini-coach” so while there are seats still available, it’s not a lot of them. So maybe you better launch off that fence quick-like and get over to Avie’s and reserve your spots.

Hope to see you Sunday morning.