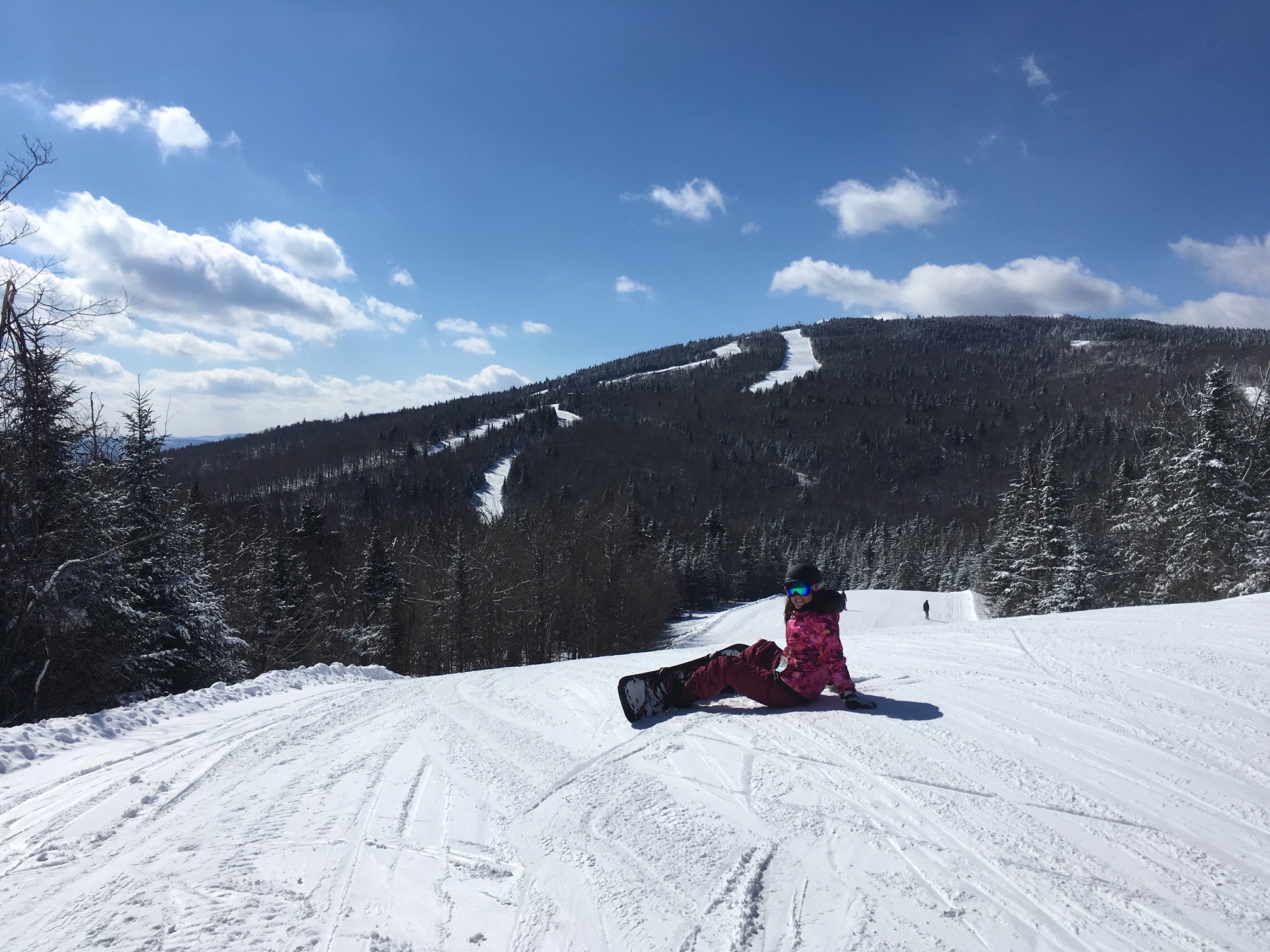 Allison and I stopped in at Okemo on our way back south. The day before at Killington had been epic. Three to four inches of powder in the morning, following by dumping snow all afternoon that led to late day “fresh tracks.”

How could Okemo beat that? We weren’t sure, but we were not disappointed.

The morning started out cold, about 5 degrees at the base lodge. But the sky was aquiline blue with nary a cloud to be seen. Just a hint of a breeze tickled the trees at the summit.

We scooted over to Jackson Gore to start the day. The run down Blue Moon to the lift warmed up the muscles. Then a drop down Quantum Leap under the lift made for an exhilarating start. Allison’s goal for the day was to break the 40 mph mark. That happened on Quantum Leap and her day was off to an even better start. Mission accomplished!

The day stayed cold but sunny, and the slopes stayed firm and fast.

Conditions were totally different than the day before at Killington. But in a very positive way. Okemo was 100% open, all 121 trails ready for skiers and riders. Most trails were groomed up in the exquisite style for which Okemo is famed. The firm base under the beautiful corduroy stripes made for delicious carving.

And carve we did. My feet were nested in Dalbello DS 130 boots, which were clicked into my Volkl RTM 84s. They are a beautiful couple. Carving—at any speed—is done with confidence, fearlessly, and with great joy. Allison was strapped onto her new Ride Saturday deck, carving her way down the slopes with ease and grace.

Our only regret was that the day had to end. Conditions up north in ski country are about as good as it gets. So get out and get some of those goods!

This Sunday, March 10th, the Avie’s Ski and Ride Trip heads to Okemo. You can have the chance to get out and lay down some carves, dodge trees, slide rails, and bounce some bumps. It’s all there and waiting for you. Don’t let great snow conditions slip through your fingers.

And don’t forget—Wednesday March 13th Avie’s heads to Killington. If you’ve not been to Killington on a weekday when the rest of humanity is at work or school, you are missing one of life’s great pleasures.