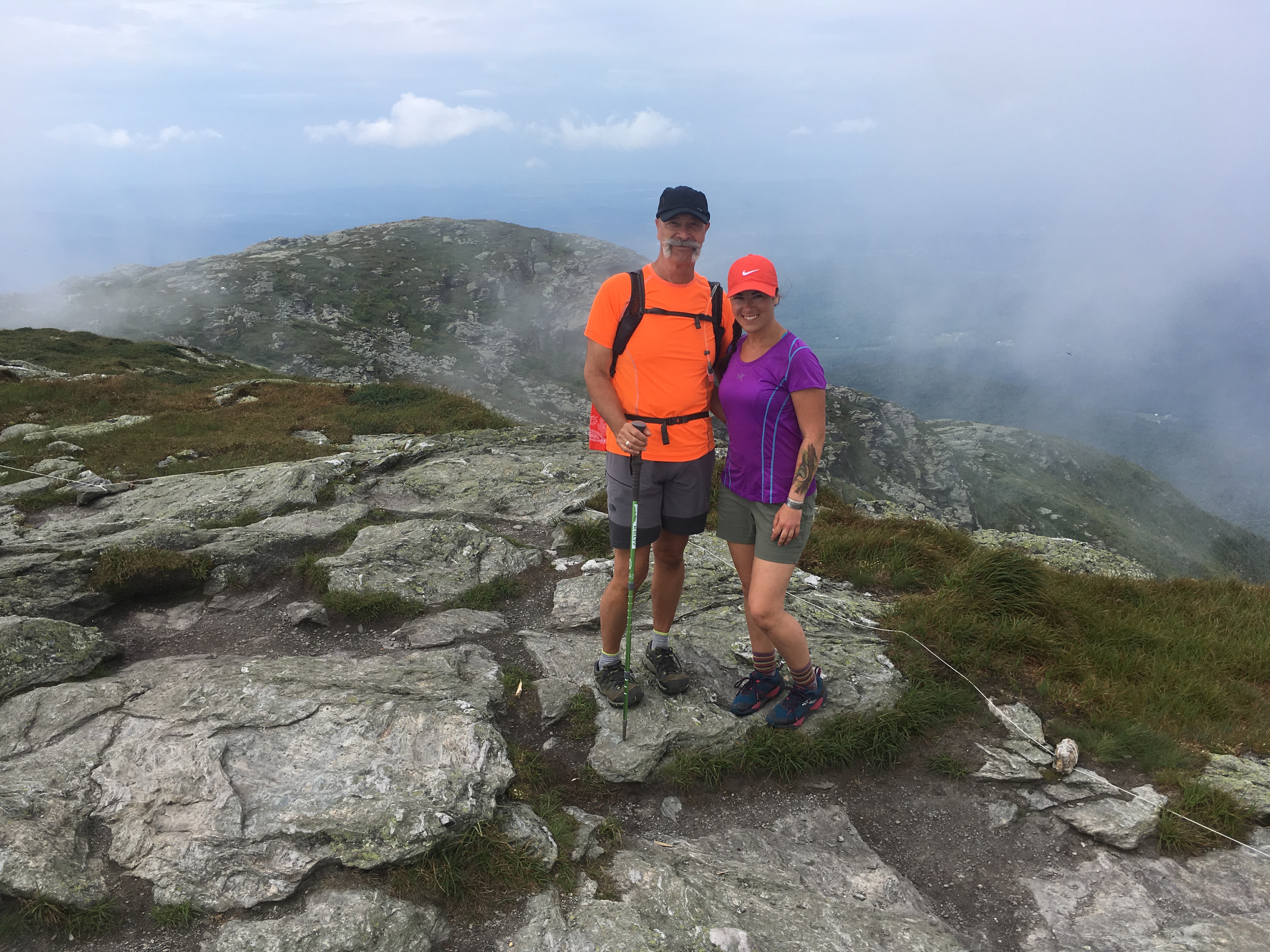 I just returned from a trip up to Mount Mansfield at Stowe with my daughter Allison. Last year she hiked the Long Trail. Solo. In 20 days. An incredible feat regardless how you look at it. We returned this year to make a father-daughter hike up to Vermont’s highest peak, together.

The story of our hike up Mount Mansfield however, is not the purpose of this post. Rather, it is just some ramblings about skiing the east that crept into my head as Allie and I made our climb up and down the rocky crags of northern Vermont.

Seeing the Stowe area mountains in summer made me realize something. While skiing and riding, we get a pretty jaded view of New England’s mountainous landscape. Everything is draped in a blanket of snow. There are few if any harsh lines in the landscape. Our world of white appears sculpted of smooth lines and gentle curves.

But climbing the rock face up the side of Mount Mansfield I see the ski slopes, up close and personal. And without that deceptive cloak of white that hides the harshness underneath. These New England hills are hard granite rife with fissures and crevices. Harsh angles cut of hard stone protrude. As we climb, trees become twisted dwarves of those below us. Limbs stunted on the windward side, longer on the lee. Heather, lichen, and alpine blueberry cling to the face of the rock. They struggle to avoid the fierce, desiccating wind that buffets Allison and I and shapes the life around us.

Such a harsh world of existence beneath the wooly white we find such glee in gliding over. I don’t often think about, when riding the chair back to the top of the ski slope, that hidden world underneath the snow. I’m thinking about the next run down the mountain.

The view from “The Chin,” the real summit point high atop Mount Mansfield, is of course remarkable. Scanning the 360º vista I see the slopes of Stowe and Smugglers far below and away. A shrill bird-like screech pierces the air and I catch a glimpse of a peregrine falcon plummeting down a cliff face. I know that next time I am riding the chair back to the top, I will remember these images. I will remember there is a secret landscape under my skis, beneath the blanket of snow, waiting for the warmth of spring to jump to life.

Our New England hills are ancient in relation to the mountains out west. Once tall and majestic, eastern mountains were bull-dozed. Ground down and smoothed out by the unrelenting creep of mile-thick glacial ice thousands of years ago. They have since been sculpted by centuries of rain runoff and snow melt. Then cracked and split by never-ending cycles of freeze and thaw. Our New England hills are not majestic because of their staggering height. They are majestic for their stubborn tenacity and ability to maintain prominence regardless the forces at work tearing them apart.

New England mountains don’t reach to the lofty heights of western mountains. And they don’t have the benefit of a water-laden ocean on their windward side. Us eastern skiers and riders therefore don’t get seemingly endless epic powder days. We get a heavier, more moisture-laden snow that turns into hard-packed snow and ice. And that gives us some pretty challenging conditions to set an edge into. Hence the saying, “If you can ski the east, you can ski anywhere.”

The clouds have now poured into the valleys on the eastern side of Mount Mansfield, and we can no longer see the trails carved out on Stowe and Smuggler’s Notch ski areas. To the west all is clear, but far to the north and west we see darker clouds that suggest some weather heading our way. Neither Allie nor I want to be on the exposed heights amidst a thunderstorm.

We take a final pause to bask in the beauty of the mountains one final time as the clouds race towards us. A 50-mile an hour gust pushes me off balance. A low hanging cloud swirls in tattered fragments around Allison who for a brief moment appears as a waif arising from the barren grey rock. Such a stark landscape. Such a beautiful a landscape.

Allison turns her head and our eyes meet. We share a look that says we both know we are in a very special place, sharing a moment in time that will forever stay etched in memory. We turn our gazes to the rock beneath our feet and begin the quiet trek down off the heights. 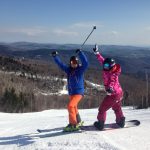