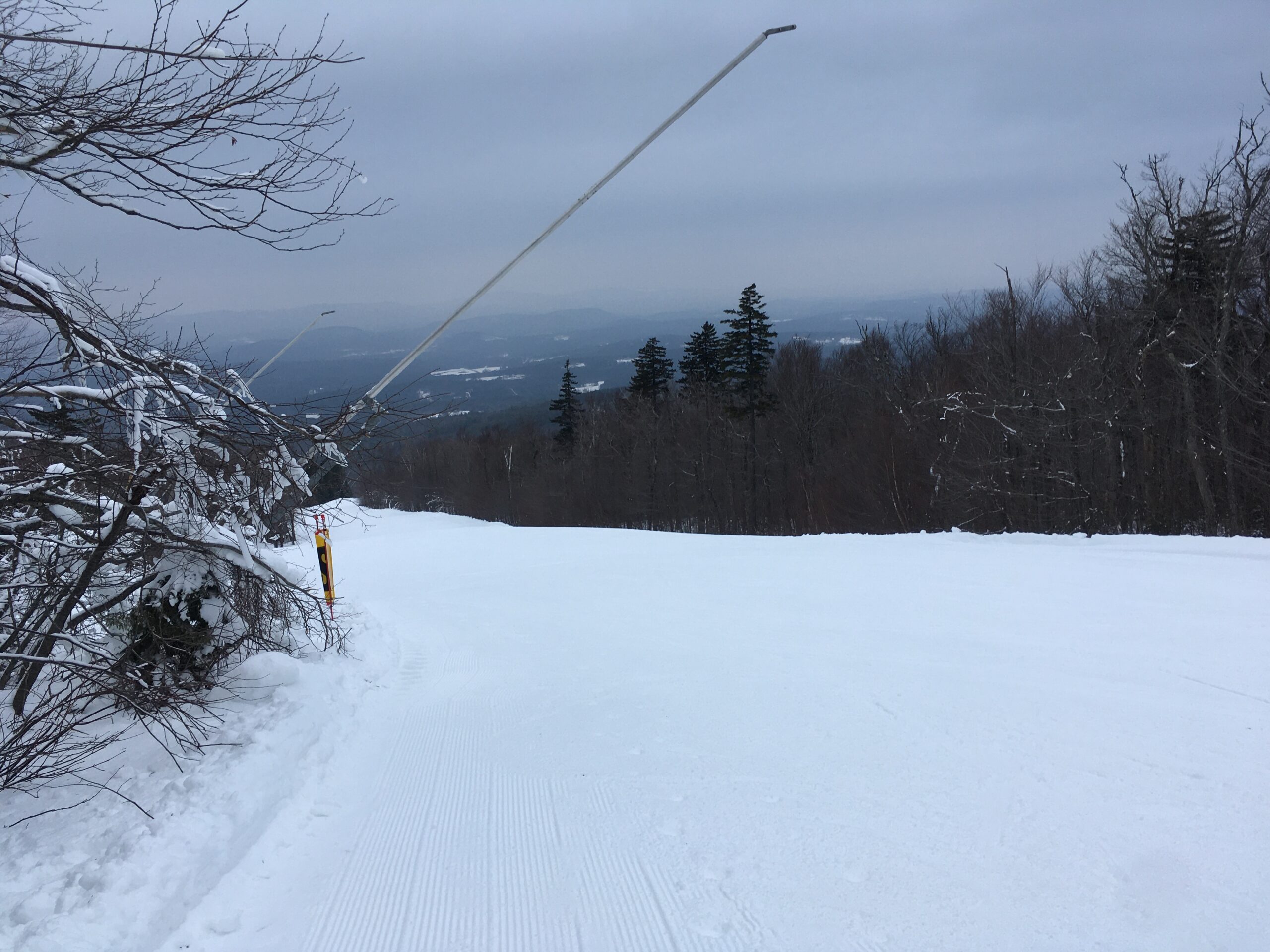 Where is one of the few places you could be where the temperature is 11 degrees and you have a big smile? The obvious answer is a ski mountain.

That was the situation for me this past Tuesday.

As I pulled into the parking lot at Mount Sunapee the thermometer in the car registered 11 degrees. But the sky was bluebird clear and there wasn’t so much as a whisker of a breeze. So booting up at the car in the parking lot was not so very bad.

Once again I put my boot bag on the passenger side seat. And once again I turned on the seat warmer about a half hour before getting to the slopes. My boots, while not exactly toasty, were definitely nicely warmed. I stuck my gloves behind the boot bag so they were up against the heated seat back rest. They were nice and toasty.

The crowds were a bit lighter than the week before and there were more trails open from the summit to base. That made for an even more fun time letting gravity have its way with me. Because it was nice and cold, the snow was firm and fast. And it stayed that way.

Conditions have improved over the past week. Yes, there was a bit of snow that fell up north. Not a ton but enough to freshen things up a bit and have a few more trails open up. I skied my first black diamonds of the season, just to remind my legs that not every run from the top was going to be on “Easy Street.”

All in all it was a great day on the slopes. And with the temperatures staying cold—in fact getting REAL COLD this weekend—the snow will certainly not melt. It also looks like some more snow is on tap for early next week, meaning another freshen up and perhaps more trails opening for use.

Yes it is a bit odd not being able to boot up in the lodge. And it is very odd to walk into a lodge and see it nearly, if not completely, empty. Odd as well to see the edges of the parking lot festooned with Port-A-Potties. And odder still to see a single skier or rider on a quad chair going up alone when there is a line of skiers and riders waiting for a chair to the summit.

But skiers and riders are still smiling and having fun playing in the snow. Maybe it’s because it’s 11 degrees. Or maybe it’s because the people who like to be outside and smiling when it’s 11 degrees are adaptable and willing to slide around or bash through the moguls life tosses in front of them. Of course it could be that incredible feeling of freedom when gravity tugs and your world collapses into a tunnel where vision is the blur of snow flying by and sound the clicking and clacking of steel edges on ice and crust.

Maybe it’s just all the above.